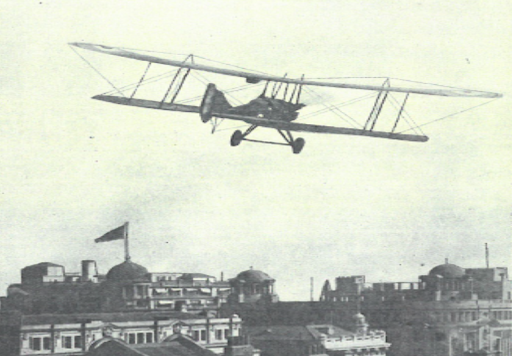 One of the biggest upsets on the Rand was the violent mineworkers’ strike of 1922. Much of the news reporting dubbed it “civil war” in its latter stages.

The strike lasted 84 days, it started as peaceful demonstrations, but soon turned violent when two Communist leaders tried to use the striking workers as an commando army, to stage a coup against the Union (Smuts) Government.

Here is how it all unfolded.

Efficient gold mining on the Witwatersrand became more and more expensive as time went on, mostly due to deeper level mining and an expensive chemical gold extraction process becoming necessary.

As a result of Britain abandoning the gold standard after the first world war, the price of gold (that was fixed from 1717!) began to soar.

Around 1920 the price of gold was exceptionally high at 6 Pounds per ounce. The mine owners gave their employees a big wage increase, which they grew accustomed to.

Unfortunately, no one took into consideration that such a high price of gold was unsustainable and that it had to decline at some point.

On the 21st of December 1921, the gold price fell to 4,5 Pounds per ounce. This was a massive decline, to keep the mines running, the mining bosses needed to develop an urgent strategy.

In a bid to keep the mines profitable, they announced that: Wages will be lowered to equal around 5s a ton of ore produced. Changes were made to employment contracts; miners were paid a daily wage – only for the days worked per week. Miners quickly calculated that this would amount to a 15–20-Pound decrease in their income, this lead to murmurs of being treated unfairly.

Adding insult to the (white) miner’s injury, the Colourbar, or status quo agreement was dropped. This reserved semi-skilled work for white miners, but by dropping the Colourbar, African workers, who’s wages were far less expensive, were placed in these positions. This led to the layoff of some 15,000 miners.

As if the decline in one mining sector was not bad enough, the export market for coal declined and subsequently coal mines lowered wages for their workers, due to a loss of contracts.

The Gold miners’ unions were cautious to call a strike, starting January 1st.  They instead held ballot; the results indicated that most miners were in favour of a strike.

It was now the mandate of the Miners’ Unions and the Chamber of Mines (currently the Minerals Council) to find a resolution.

To try and avoid the same violent strike, as in 1913, the striking miners were divided into commandos (groups) under a specific leader, the task of the leader was to subdue the strikers. The general strike in 1913 ended violently, with Jan Smuts being forced to accept the terms of the strikers.

Tensions soon escalated, the scrapping of the colourbar was a thorn in the side of the strikers and the wage dispute became secondary. Racial tension took the lead.

The Communist Party (The Reds) saw in it the ideal opportunity to recruit striking workers to help them overthrow the government. They were referred to as the Action Committee and were headed by Percy Fischer and Henry Splendiff. Their headquarter was in Fordsburg Square.

Ironically, the very structures that were put in place to keep the strikers from turning violent had the opposite effect. The commando leaders were influenced by The Action Committee and the strikers were motivated to become increasingly aggressive.

They tried to make the Rand ungovernable.

Early in March 1922 the mines in Brakpan, Boksburg and Benoni were under siege by the striking force- any attempt by the mine owners to continue operations were squashed.

All the while, more and more mines and government institutions were sieged by the striking force, who by this time was armed and extremely dangerous. Anybody who was not actively participating in the chaos, was attacked by the strikers and (in many instances) killed.

The violence rapidly spread from the East rand to the center of Johannesburg, shops were looted, and properties destroyed.

The Unions and the Chamber of Mines still struggled to find a resolution that would suit both parties. The Action committee continued to promote violence.

In the middle of March, the union Government realised that the uprising was beginning to lead to civil war and had to somehow disperse the striking mob. There were many deadly clashes between police and strikers. On 12 March, the Union Defence force attacked the worker’s stronghold on Brixton ridge and detained 2200 miners.

Fordsburg was a practical location for the Action Committee to have their final stand in 1922. It is on a slight incline to the immediate west of Town, you had a clear line of sight from the Market Square to Town, so police could be seen (and shot) from far away. Due to the proximity to the mines (Crown mines in particular) it was also the place of residence of many workers.

By 16 March 1922, the situation was dire. There was bloodshed in the streets. Citizens were afraid to leave their houses. All reasonable measures taken by the Smuts government did not bear fruit.

It was time to call upon the pilots of the new South African Air Force. The plan was to drop bombs on Fordsburg to disperse the members of the Action Committee and end the strike.

Early in the morning of 16 March printed pamphlets were dropped on Fordsburg to advise citizen not involved in the strike to leave before 11am, they were to leave through the Subway connecting Fordsburg and Vrededorp and assemble in the show grounds.

At 11am on the 16th, the aerial bombardment started. The focus was Fordsburg square, where The Action Committee had their last stance. Many buildings in the surrounding area were destroyed or severely damaged. Some damage is still evident today.

Fordsburg and Brixton fell to the government and the uprising was declared over.

Splendiff and Fischer committed suicide in the Market building. Leaving a note stating that they “have died for the cause.”

The Union Defence Force issued a statement saying that the 1922 revolt had been a revolution organized by the Bolshevists.

The miners quietly went back to work, without much change in their circumstances.

The strike brought the Union of South Africa to the brink of revolution. It remains one of the most serious economic action taken, not only in terms of worker militancy, but also in terms of state brutality.