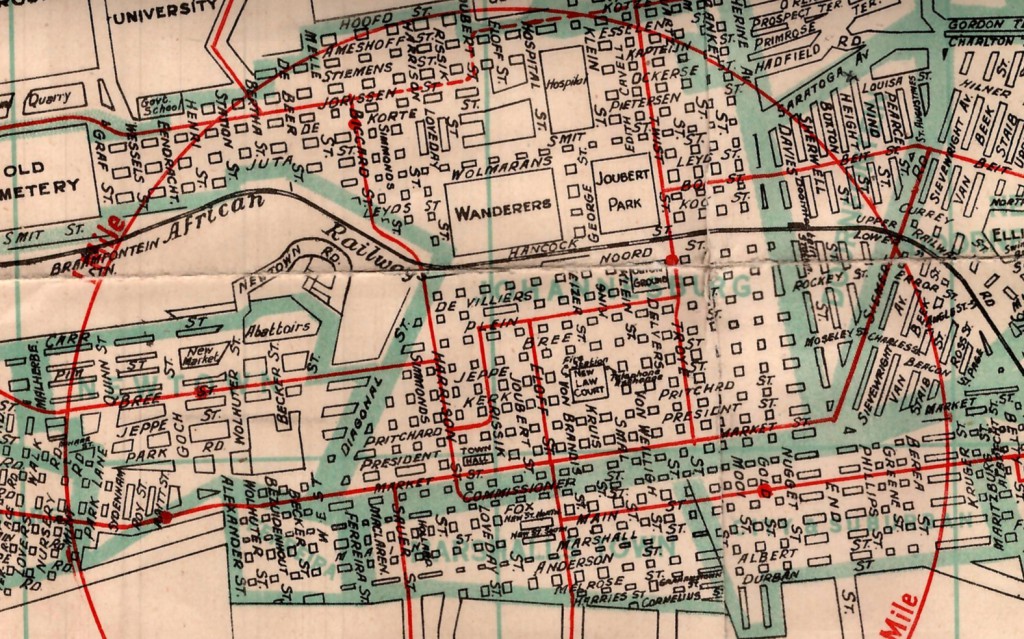 Our journey starts three stories below ground level in one of the oldest preserved mine tunnels in the city -Ferreira’s mine.

What are the geological features that make the Witwatersrand unique? Why was it an Australian that found the first nugget payable Gold?

At each  of our stops (and along the way) we will explore the places and the characters that shaped the expansion of Johannesburg.

Who is the Ignatius Ferreira, from Ferreirasdorp?

From Ferreiras’ mine stope we will head out to Main Street – also called the mining district – that serves as an outdoor museum.

The Struben brothers (from Stubensvalley fame) confidently named their mine “Confidence”. Why were they so confident and how did they contribute to the Discovery of the main reef by employing two men named George?

In addition to taking a look at how and why the mining activities evolved and why more expensive deeper level mining became necessary. We will explore lives and times of the “Randlords” – the men who had the capital to drive the mining industry.

As the mining activities became more intense, the ZAR Government realised the need for a town. We visit the spot where Johannesburg was proclaimed – on a piece of “uitvalgrond”.

The Marshall from Marshalltown, Henry Marshall, was a very entrepreneurial man. How did his syndicate almost establish their own settlement before the government could proclaim a city?

We stroll up Diagonal street to experience the bustling shops and explore why this street is particularly important in the history of the city. The juxtaposition  between new and old is nowhere more clear than here.

During the last part of our journey we explore some magnificent buildings Commissioner streets and surrounds – Commissioner street was known as the “Men’s street” and Pritchard street as the ‘Ladies’ street” – Just a funny way of speaking or was there a reason for the lingo?

Hollard, Commissioner, Simmonds, Sauer, Fox, Main, Joubert, Rissik – all prominent streets in the city – but who were the interesting characters they named after?

You can expect many hidden nooks&crannies, history, anecdotes and a lot of fun on tour.

THIS IS A WALKING TOUR

You can book using the link to the Payfast portal below. You will receive a confirmation email within 24hrs of booking. Please use your email address as means of contact.

See you on tour!